Respect. By our Principal, Cara

Frontiers to be explored or boundaries to be respected? A brief introduction

See, slow down to explore, ask. Yes. But also respect other cultures’ boundaries. That is, in a nutshell, the theme of this blog post: Respect. 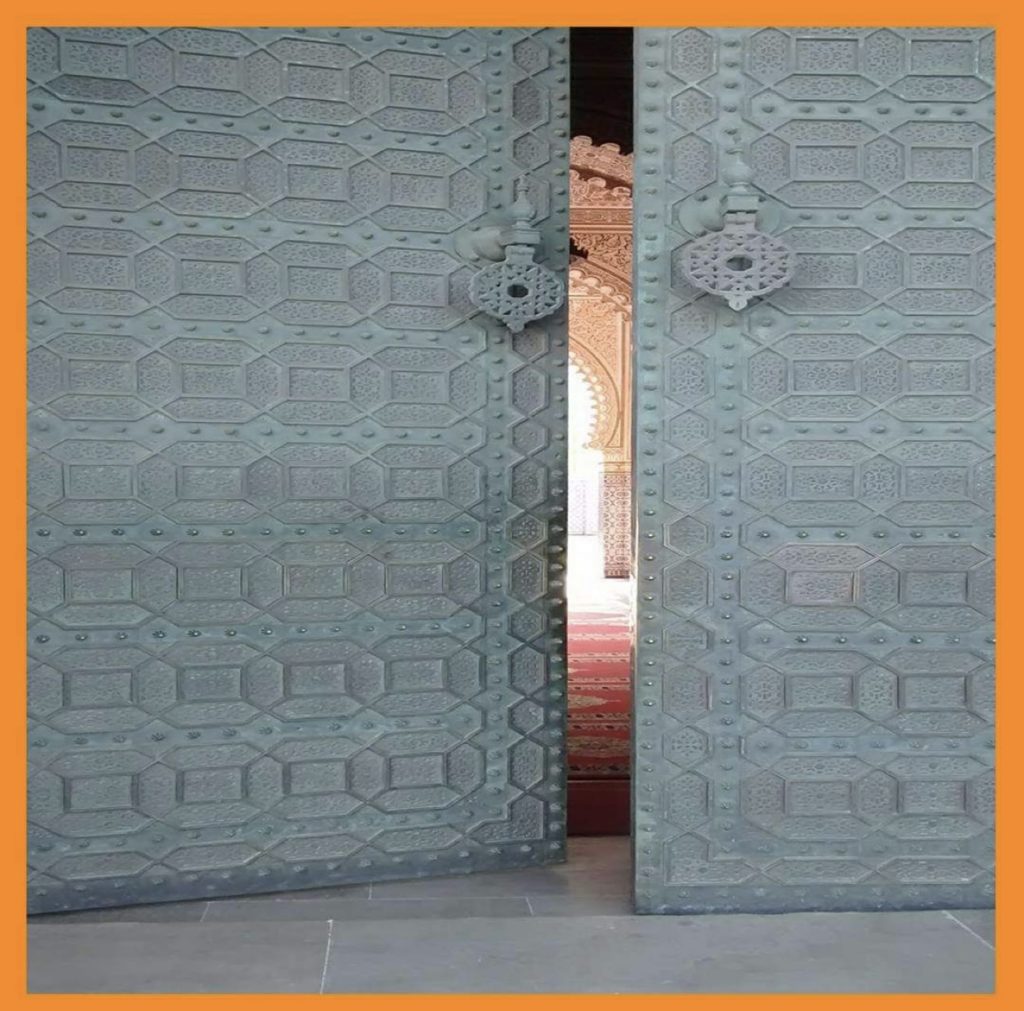 A few months ago, in 2020, I wrote a blog post about enriching your holiday by *asking* instead of putting up with things silently and resentfully, which is a strong tendency of Australian travellers. Dare I say it, but I think we tend to be passive aggressive travellers. We tolerate second best rather than ask, and then seek revenge at review time.

I now want to refine my message about that somewhat, as I have also been thinking lately about a few different things on this topic of crossing and respecting boundaries in general. Meghan Markle’s reported desire to “update” the Monarchy has fed into this. Also I did an essay some years ago on Hieronymus Bosch’s triptych depicting hell in the third panel, replete with symbols of alchemy and the warning that contained against crossing the border between science and God. Which is pretty apt in these times of DNA manipulation and surrogacy and various other matters. See how my mind works? All over the place, but there is method to my madness. Stay with me… 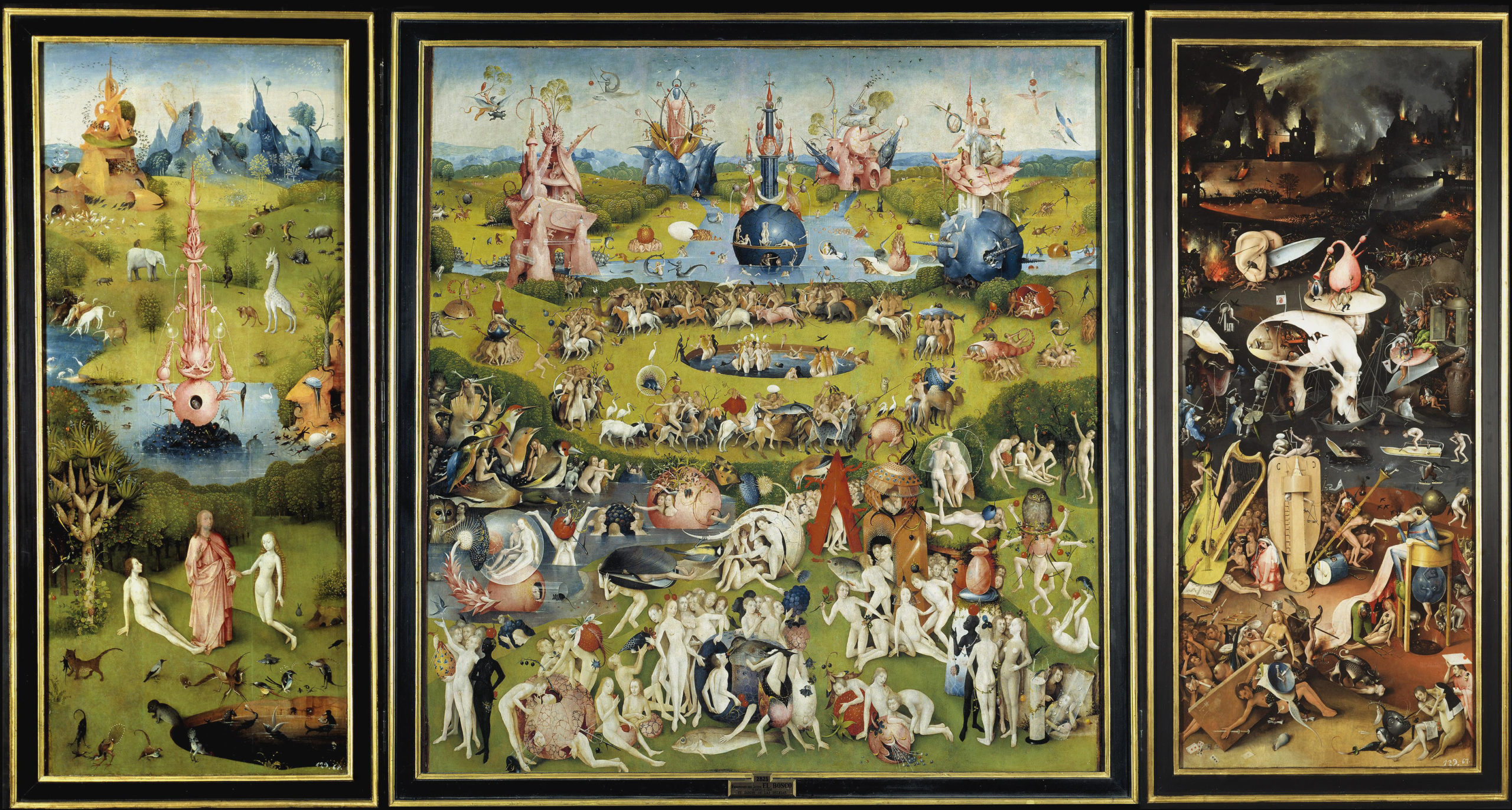 This all made me revisit my encouragement to you to “ask”, when on holidays in Morocco. I still think you should by the way, and I think that pertains to your own comfort and the quality of your own experiences. However, I also want to now sound a warning about areas that are best left alone in a Moroccan context. They are not so much about your comfort and experience as about the lives, practices and views of Moroccans. Because being invited into their home doesn’t mean we have carte blanche to check out the contents of their cupboards. I hope you will find the information below of some interest and one day, be able to use it.

Limits on your explorations, on your questions and on your requests. 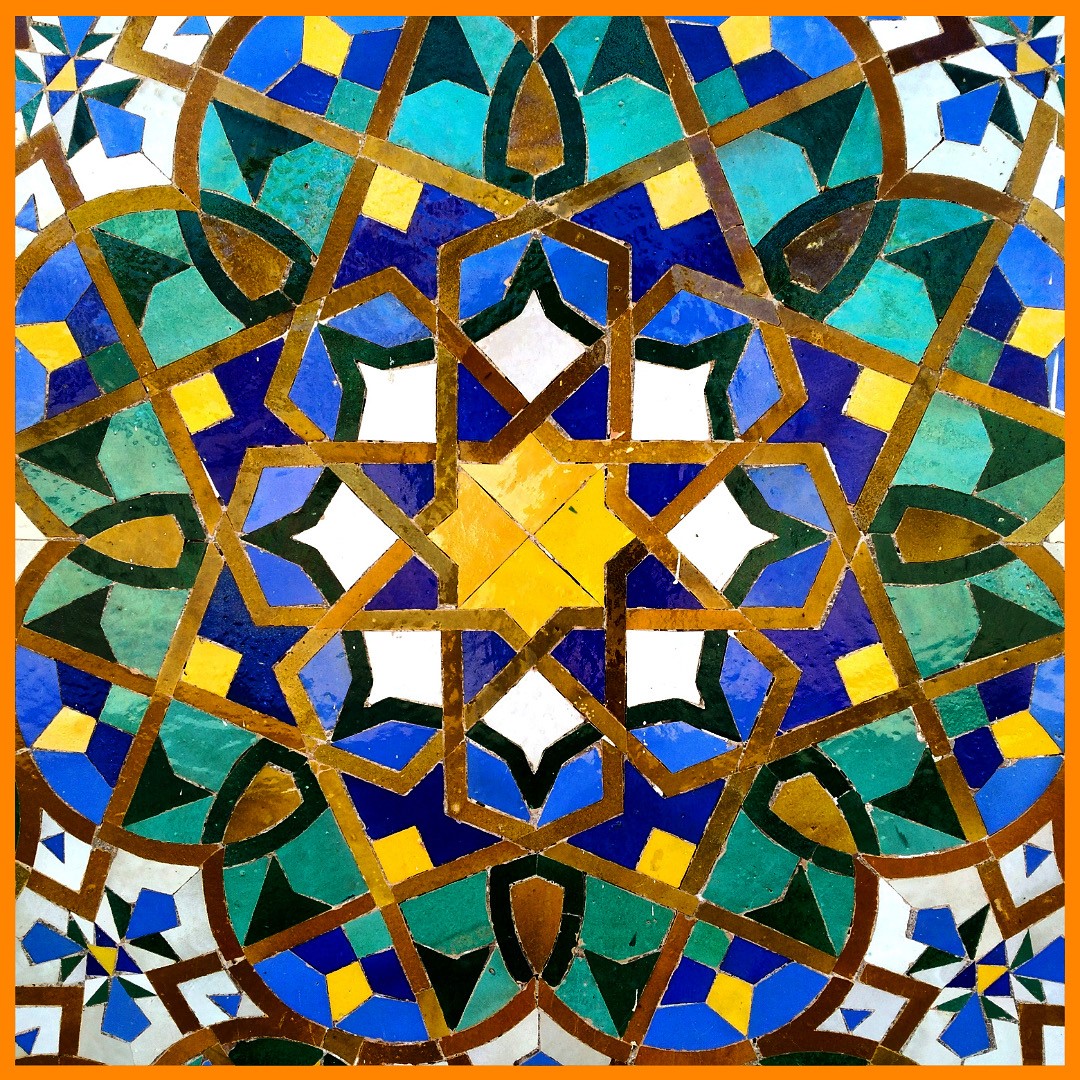 Morocco prides itself on being a pluralist society and it is well known that Moroccan men do not as a general rule ask their non-Moslem wives to convert to Islam or to adopt Islamic or traditional dress. Nonetheless, there are only 2 mosques in Morocco as far as I am aware that permit entry by non-Moslems. One is in the Atlas Mountains and the second is King Hassan II Mosque at Casablanca and certainly it is a magnificent work of art.  However, I happen to think it is more of a monument to a man than anything else. A more religious or spiritual thing to do would have been for King Hassan to have orchestrated the funding of much better healthcare for the poor Berber of the south, where, for example, a 30 year old man, who has already lost 5 teeth, chops off the tip of his finger and there is simply nowhere open to go, to have it attended to!

Still, if you want to explore a mosque, King Hassan II Mosque is your best and almost only bet. I would be wary also of criticising the monarchy in the way I just did in the previous paragraph. They love their king and it would get awkward. A benign conversation can quickly turn aggressive and defensive, even though you thought you were just making conversation about a topic that they first raised!

As you travel to the South you will drive past a large hill into which are engraved giant Arabic letters. When you ask your tour driver what they say he will tell you “God Homeland (Patrimony?) King”. In your conversations and conduct we advise you to be mindful of the reverence the Moroccan people have for each of these. 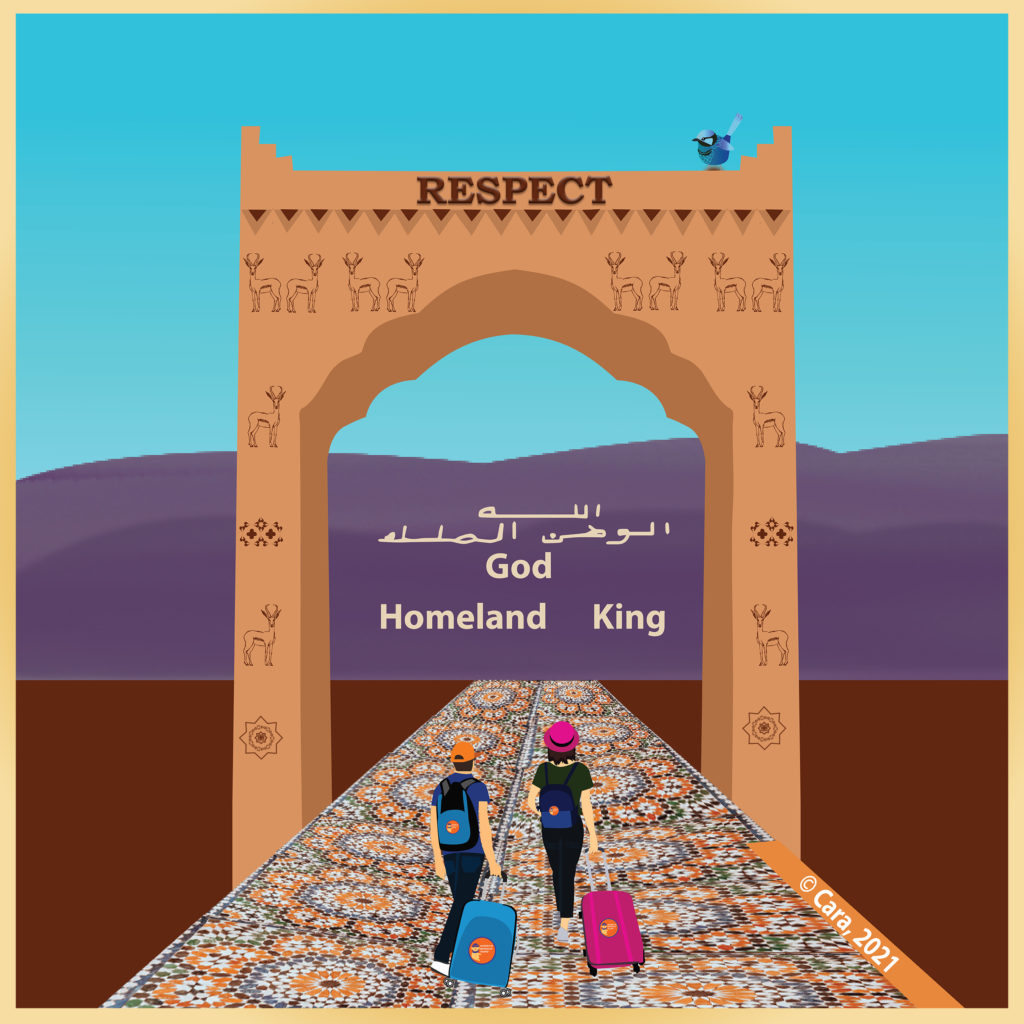 In this surrealist image, the city gate as portal, the gazelle design and the gentle genuflection to the profile of a camel’s head, are all references to symbols of “woman” used in the desert of Morocco. The little bird is an Australian Fairy Wren watching over our clients. There is a black and white bird in the desert said to presage good luck.

I have a personal beef about poverty tourism. I don’t think a lady carrying a heavy load of twigs, bent-over with the burden, is picturesque at all. I think it *can* undermine their dignity to take photographs of such scenes, particularly where the human subject has not consented. Maybe that is just me and when I think about it more, a person’s dignity is within their own control, not the observer’s. However, when I was a lawyer I had colleagues come back from holidays in the second and third worlds, flashing such pictures before me as mementos of a fabulous holiday and I just was shocked that intelligent people were so inured to the suffering that was depicted. “Look at this (donkey with a massive, colourful load with which it could barely walk)! “. Made me feel silently angry actually.

Moreover, in Morocco, Moroccans do not as a rule like having their photographs taken, especially women. It might be the Moslem prohibition against images or it might be something more ancient and animist about your spirit or personal power. Who knows what cultural codes are in operation? In any event keep any such requests light-hearted and you might need to pay a few coins. Whatever, you do, don’t take photos without permission as Moroccans can (understandably) become quite angry with you if they catch you doing that. 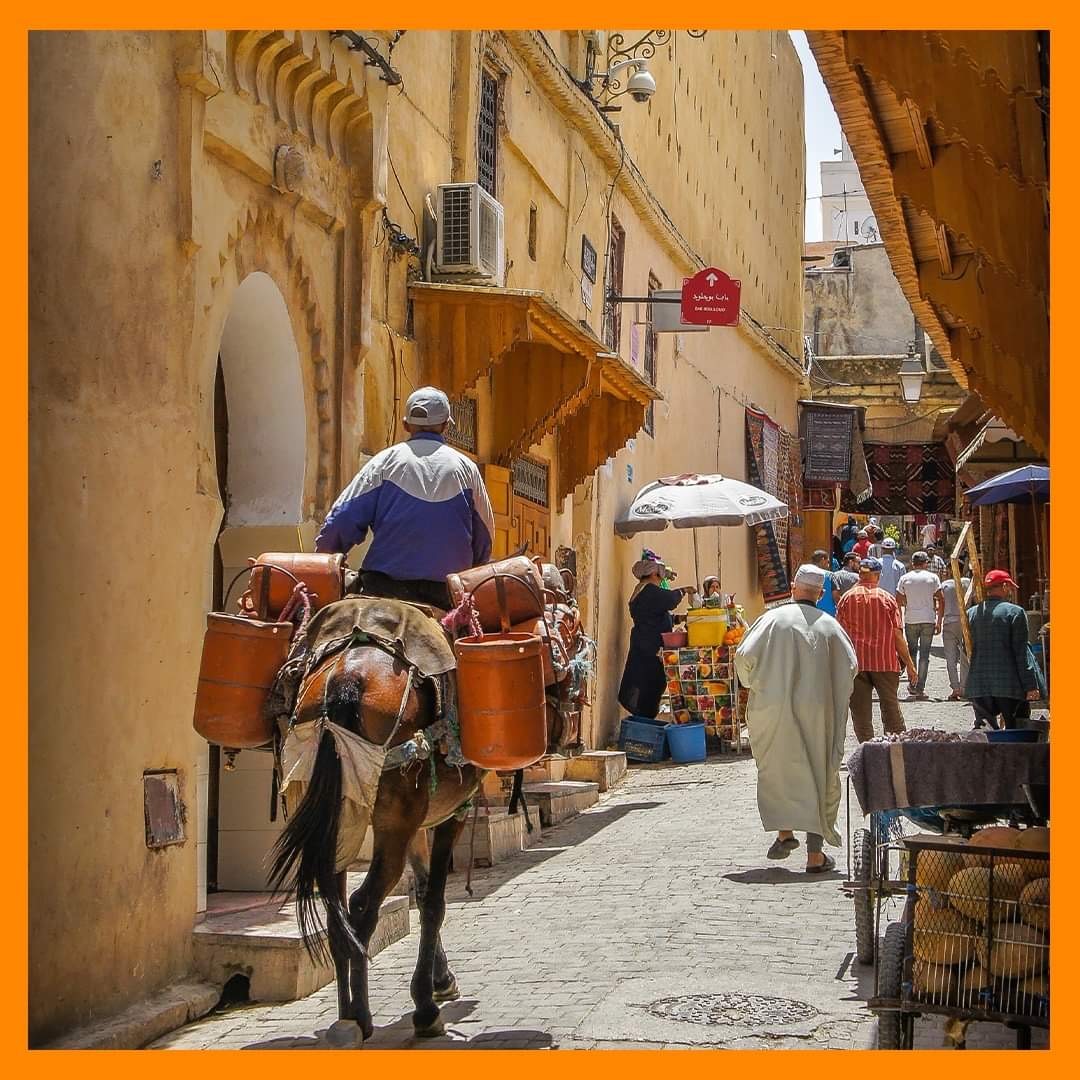 The Moroccan reticence about being photographed probably explains why in so many shots of people taken in Morocco, the human subjects are facing away from the photographer.

An undercurrent of belief in sorcery and magic exists in Morocco – and it may be stronger than is openly admitted to, as such beliefs are officially discouraged by the authorities being, for one thing, considered anti-Islamic and anti-progressive.  There may also be more pernicious permutations than that. For example, the use of body parts. I don’t know about this for Morocco. However, we all have heard of this practice being a factor further south in Africa.

That said, if you open yourself to accepting that such an undercurrent exists alongside Islam, you can feel it somehow in the trance art of Essaouira for which it is world famous and the bizarre sea creatures depicted by the illiterate fisherman of that city. 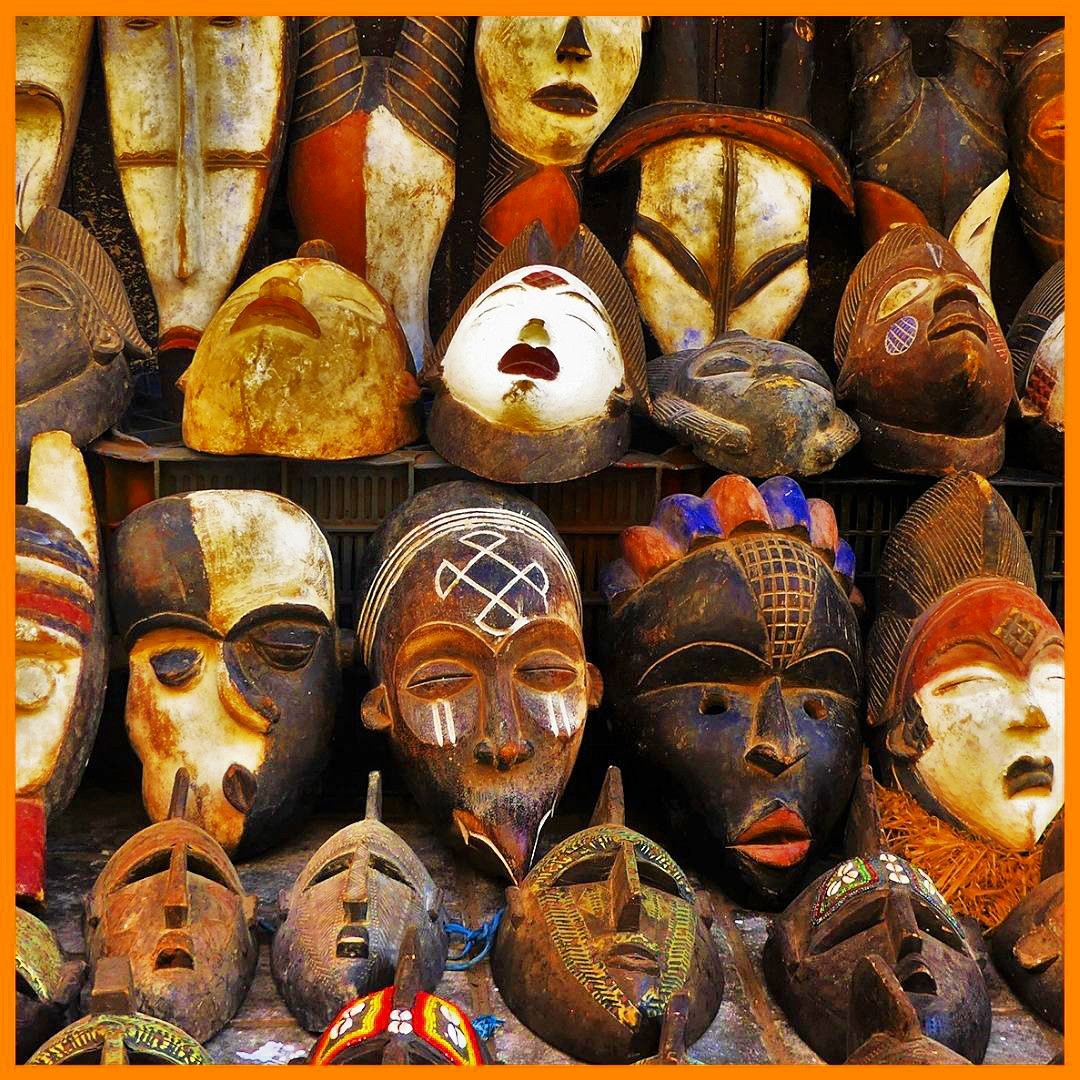 Masks for sale in the market at Essaouira

I know from my more than 20 years spent with Iranians that these ancient cultures go much deeper than the time of Islam and there are many pre-Islamic influences in countries such as Iran and Morocco that otherwise adhere to Islam as their official religion.

Having said that, we are going to have a blog post that will include references to a magic shop in Morocco, when my resident photographer’s current circumstances permit. However, the belief in magic is not something that Moroccans will, as a rule, discuss with foreigners or promote. I wouldn’t be exhibiting much curiosity in this subject area if I was you whilst over there and even if you did, you would probably be fobbed off.

4  Morocco’s exotic past of harems a la the Orientalist art of Ingres, Delacroix, Matisse and other European painters

Morocco likes to portray itself as a progressive nation with significant advances in women’s rights compared with past times. This is probably accurate, even though just a few years ago Moroccan state television was criticised (by Moroccan women’s rights groups) for a show about makeup for women to hide the bruises and scars of domestic abuse. Also, depictions of harems in western art, are, say women Moroccan artists, simply an outcome of the western, white, male gaze.

Bahia Palace in Marrakech does have a harem area on display, which by the way, was a space for many domestic activities too, such as washing, cooking and child rearing. Many owners of traditional houses likewise maintain the part of the house that used to be for the harem and which is completely separate from the rest of the house. The previous King of Morocco also had a harem that included women from each province as “gifts” (although that may be a harsh English translation of the concept) to the King, by those provinces.

Again though, I wouldn’t push this “exoticism” line as a topic. Educated Moroccans at least would be likely to see it as an affront to the dignity of their sisters, mothers and daughters and to the modernity with which Morocco seeks to align itself. 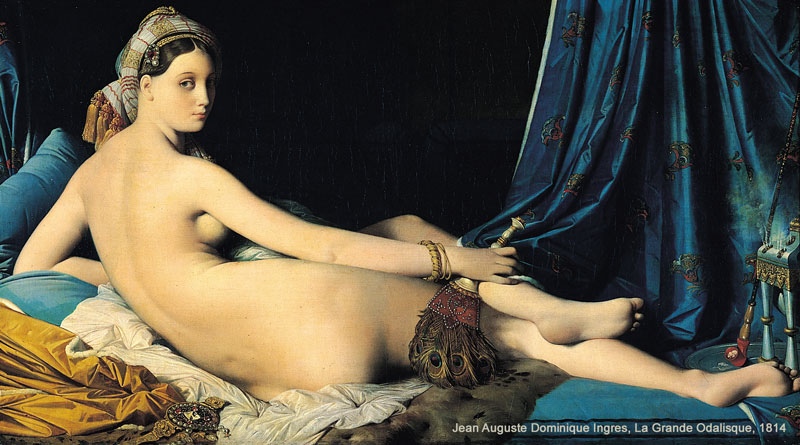 Ingres’ capacity to depict flesh was superlative. This is not however, modern day Morocco.

5  Personal relations between men and women

Going from my past experience, I wouldn’t broach the topic of personal relations between the sexes. One time my local guide in the Fez medina raised the subject of his ex-girlfriend, who was American. I then embarked on what I thought from my cultural perspective was a “making conversation” level of engagement on that. It quickly and shockingly escalated, and I found myself accused of inappropriate curiosity in a topic that he had raised! My guide at that time, who’d lived in Japan for 10 years said “cultural misunderstanding”. Who knows? I now know not to even go there except extremely notionally and certainly not express any genuine interest.

We talk about some other no-go areas in conversation in our welcome pack. These include gay and trans rights and Palestinian-Israeli relations. I think you would understand why these topics are a bit awkward in Morocco unless you are speaking with the right people like the numerous gay expats usually French, who run beautiful riads including one we like to use in Marrakech. One thing that one of them told me was that tourists should never ever have gay relations with a Moroccan young man. They can be very beautiful but you may find yourself facing blackmail and other consequences. Be warned and don’t get carried away, please. I don’t want any of my clients in such nightmare scenarios.

Karen, an Australian artist who has lived by the side of the desert dunes for 10 years (who you will hopefully meet on our art tours), tells us that she asked a carpet seller what the symbols meant in a carpet she was buying. He said “You want the real explanation or the explanation we give the tourists?” She said “Real” and he said “Then you will need to visit my mother and the women of her village and ask them. But even if you do, there is no guarantee that they will tell you the truth because these things are secret and ancient”.

So even if you do “ask” like we suggested in our earlier blog post, and while this will have some positive impact on your holiday, there are some boundaries you will never be able to cross and some that you shouldn’t even try.

For more information about dos and don’ts in Morocco, book with us and receive our Welcome pack. 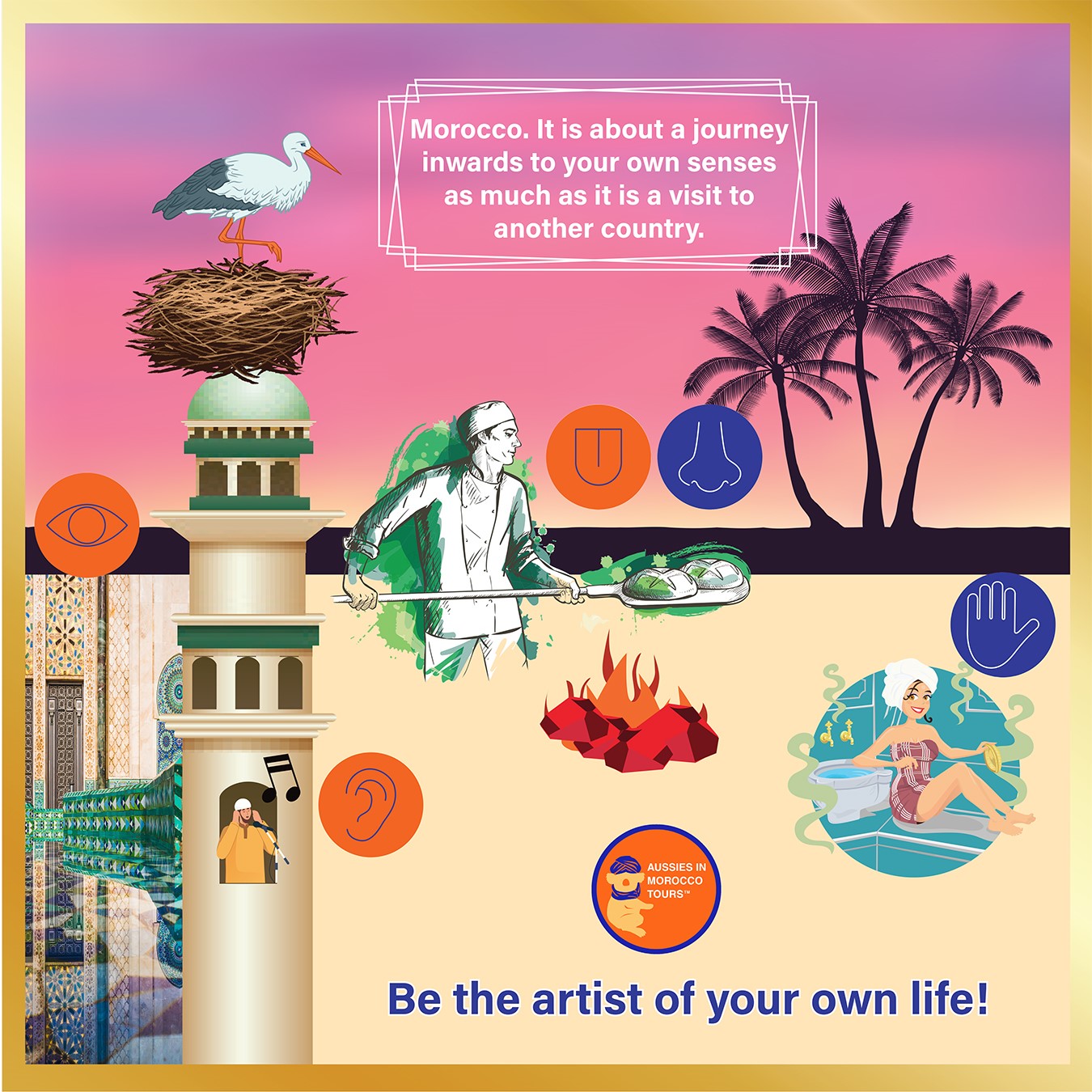 The Eco-Aspects of Traditional Moroccan Accommodation »