This comprehensive 7-day tour (which can be extended – see Customise your Tour below) is the perfect introduction to Morocco. You’ll travel south through the Imperial cities of Fez and Meknes, Atlas Mountains and Sahara Desert before arriving in Marrakech.

Please note, our tour prices will rise from 1st July 2020, so book your tour now!

We’ll pick you up from your accommodation or preferred meeting point in the morning, and start your tour with a visit to the spectacular Hassan II Mosque, one of the only mosques open to foreigners in Morocco, built by King Hassan II between 1987 and 1993. At full capacity, the mosque can hold over twenty-five thousand worshippers inside, and eighty thousand worshippers outside in the square.

We’ll then leave Casablanca and travel to the nation’s capital of Rabat, where you’ll visit the Roman ruins and scenic gardens of Chellah, the ancient Mosque Tower of Hassan, which dates back to the 12th century but remains unfinished, and the Mausoleum of Mohammed V.

After the tour of Rabat, we’ll travel to the imperial city of Meknes, where we’ll arrive in the mid-late afternoon. This lesser-known city was founded in the 11th century, and was the capital of Morocco under Sultan Moulay Ismael in the 17th century, boasting beautiful examples of traditional architecture, which we will glimpse, but explore in full the next day.

After breakfast in the riad, we’ll begin our tour of Meknes, starting with the granary of Sahrij Swani, which was used to store supplies for Sultan Moulay Ismael’s army. We’ll then visit the mausoleum of Moulay Ismail, admiring the stunning Arab-Andalusian style architecture, followed by a visit to the imposing gateway of Bab Mansour Laleuj, with its lavish ornamentation.

From here we’ll drive north to the ancient Roman city of Volubilis, arguably Morocco’s most important archaeological site, which dates back to the 3rd century BC. Enjoy a tour of the ancient ruins, admiring the astonishingly well-preserved mosaics and artefacts.

Our day will finish in Fez, where you’ll enjoy dinner and accommodation at your riad.

You’ll start the day with breakfast in the riad, before setting off on a walking tour of the famous ancient medina, exploring the many hidden treasures it has to offer. Fez served as the capital of Morocco for more than 350 years and is home to the University of Al Karaouine, the oldest operating university in the world.

Your guided tour will take you to Moulay Idriss mausoleum, the Nejjarine Fountains and the famous tanneries, to name a few spots. After lunch you’ll admire the exterior of the Royal Palace, before wandering through the famous Jewish quarter or ‘mellah’, with the opportunity to visit one of the few synagogues still running in Morocco.

The tour will conclude with a visit to an artisanal ceramic factory located outside the medina, followed by a stop at a lookout, boasting panoramic views over the Fez medina, before returning to your riad for dinner.

After breakfast, we’ll bid farewell to Fez and head south through the Atlas Mountains, stopping first for a short break in the mountain town of Ifrane, situated on the north-western slope of the Middle Atlas, at 1630 meters above sea level. With its broad, clean avenues, lush green forest and European-style architecture, it’s no wonder that this quaint town and ski resort has been dubbed the ‘Switzerland of Morocco’.

Our next stop will be for lunch in Midelt, known for producing Morocco’s apples, and boasting stunning views of the eastern High Atlas, before enjoying the scenic journey through the Ziz valley to the oasis town of Erfoud.

We’ll then continue on to our final destination for the day, Merzouga, known as the gateway to the Sahara dunes of Erg Chebbi. An experienced guide will take you by camel to a nomad-style camp at the foot of the dunes for dinner under the stars and a night in a tent.

Enjoy an early start to witness a spectacular Sahara sunrise, from the top of a high dune close to the camp. Afterwards, you’ll return to Merzouga or Hassilabied to shower and breakfast before leaving the desert to head northwest, with a short break in the Oasis town of Tinejdad, known as one of the gates of the ‘road of 1000 kasbahs’, before reaching the breathtaking Todra Gorges. Here, the Todra and Dadès rivers have carved out steep canyons with sides up to 400 metres high. Before or after lunch here, you’ll be able walk through the gorges and enjoy their incredible beauty.

In the afternoon, you’ll continue towards the Dadès Valley or Valley of One Thousand Kasbahs, where small kasbahs are scattered across the river plain. In the upper reaches on the way to nearby Boumalne Dadès (alt. 1,500m), you’ll see curious vertical rock formations called the Monkey Fingers or Toes.

Our next short stop will be Kalaat M’Gouna in the heart of the fragrant Roses Valley, the only place in Morocco to grow the Damascus rose, and the perfect spot to pick up some rose beauty products, such as rose water, perfumes, creams and body products. We’ll then make continue west towards our final destination for the day, Ouarzazate, where you’ll spend the night and dine in your riad.

You’ll wake up in Ouarzazate, and after breakfast we will pass the impressive film studio gates, on our way to the ksar or fortified village of Aït Ben Haddou, where the Kasbah is UNESCO World Heritage-listed and famous for many films such as The Mummy (1999), Gladiator (2000), Kingdom of Heaven (2005), Babel (2006) and Prince of Persia (2010).

Next, we’ll head to the Kasbah of Taourirt – one of the most spectacular in Morocco and the old residence of the powerful and fabulously wealthy Thami El Glaoui (1879-1956), Pasha of Marrakech.

We’ll then set off towards our final destination of Marrakech, crossing the Tiki n’Tichka Pass, at 2,260 metres one of the highest in North Africa. During this leg of the journey, you’ll be able to stop and take in the panoramic views and photograph the Berber villages that merge harmoniously with the warm ochres of the landscape.

We’ll reach Marrakech in the early evening, where you’ll check into your riad and enjoy dinner.

Your local guide will meet you after breakfast in your riad. The tour will start at the iconic Koutoubia Mosque, descending down into the Saadian Tombs, followed by a visit to the Bahia Palace. You’ll visit the fabulous Majorelle Gardens and recently-opened Yves Saint Laurent Museum (for the fashion buffs amongst you).

The evening will be yours to explore all that Marrakech has to offer. Practise your bargaining skills or enjoy the views from a rooftop café overlooking the bustling place Jemaa el-Fnaa, before enjoying dinner and a final night’s stay at the riad.

We can offer these, and more, optional extras, to create the perfect Morocco trip for you and your travel companions. Simply send a booking enquiry, call or email us to find out more.

Aussies in Morocco Tours is one of the best tour companies I have ever had the pleasure of using. My partner and I started with a blank canvas but knowing we wanted to see the highlights of Morocco for around 7 days (Marrakech, Fez, Casablanca, Rabat, Chefchaouen, the Sahara Desert and much more!). Cara put together a mind blowing itinerary which will be taking us to all the places we want to go.

We will be touring for approximately 7 days but there are other tour options which Cara can organise. If you don’t know much about Morocco, how to get around or where to start, Cara will guide you with her knowledge and plan just about everything including drivers, accommodation, transfers, guides and anything else your heart desires.

I would highly recommend this company to anyone who is travelling to Morocco or a couple, group or solo traveller who wish to have something customised without having to worry about the details. Cara will look after you 😊. 10/10!

ADVICE: After a long-haul flight from Australia, we suggest you recuperate for a couple of days in Casablanca before starting the tour. 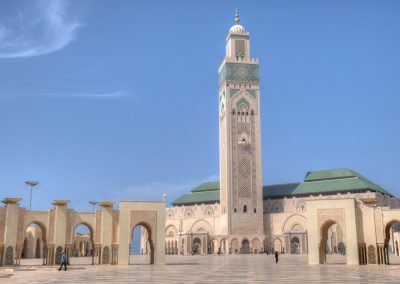 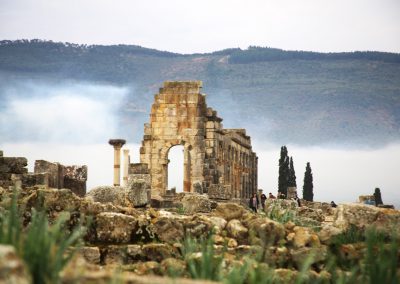 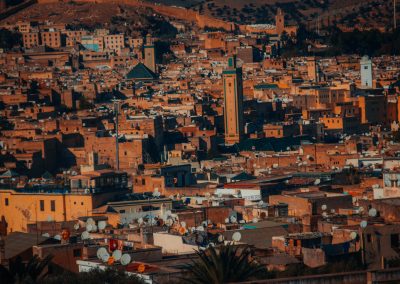 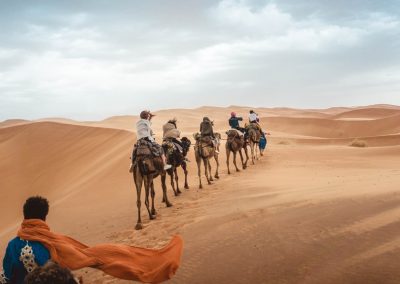 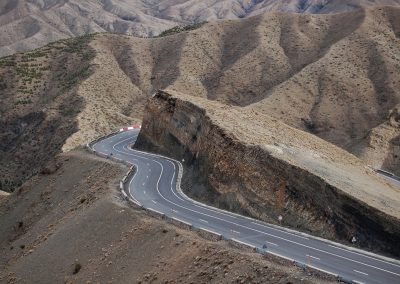 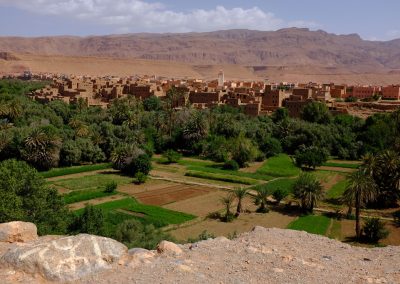 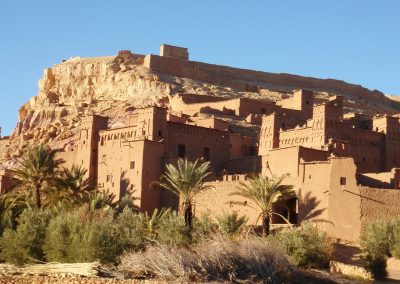 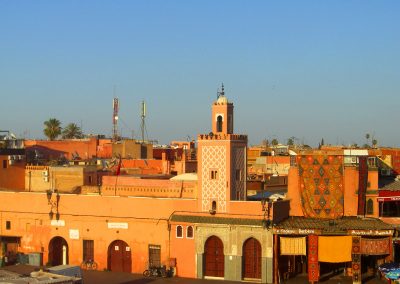