Tour 1 – Marrakech to Fez Round Trip

This 7-day tour (which can be extended – see Customise your Tour below and Tour 5 ) is an ideal introduction to the best of Morocco, from bustling cities to breathtaking nature. The tour starts and finishes in Marrakech, and takes you to Fez, the Sahara Desert and through the Atlas Mountains.

Please note our tour prices rise each year on 1 July so book your tour before then! 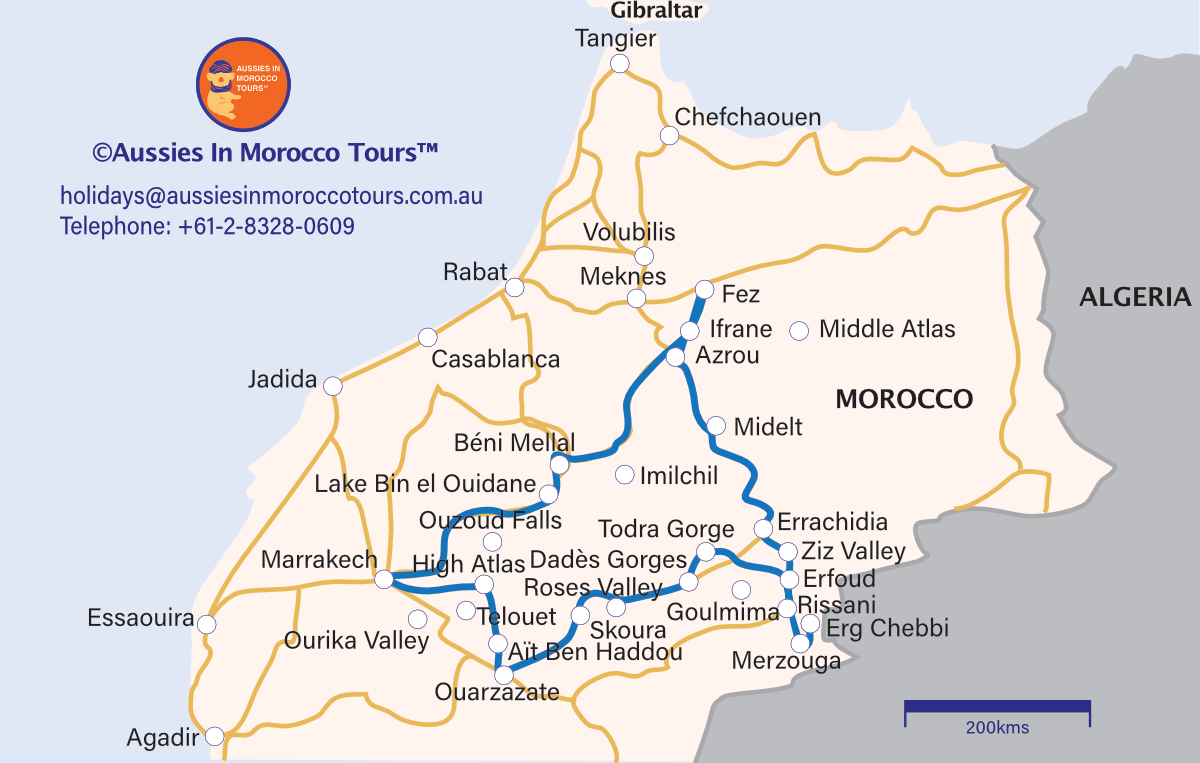 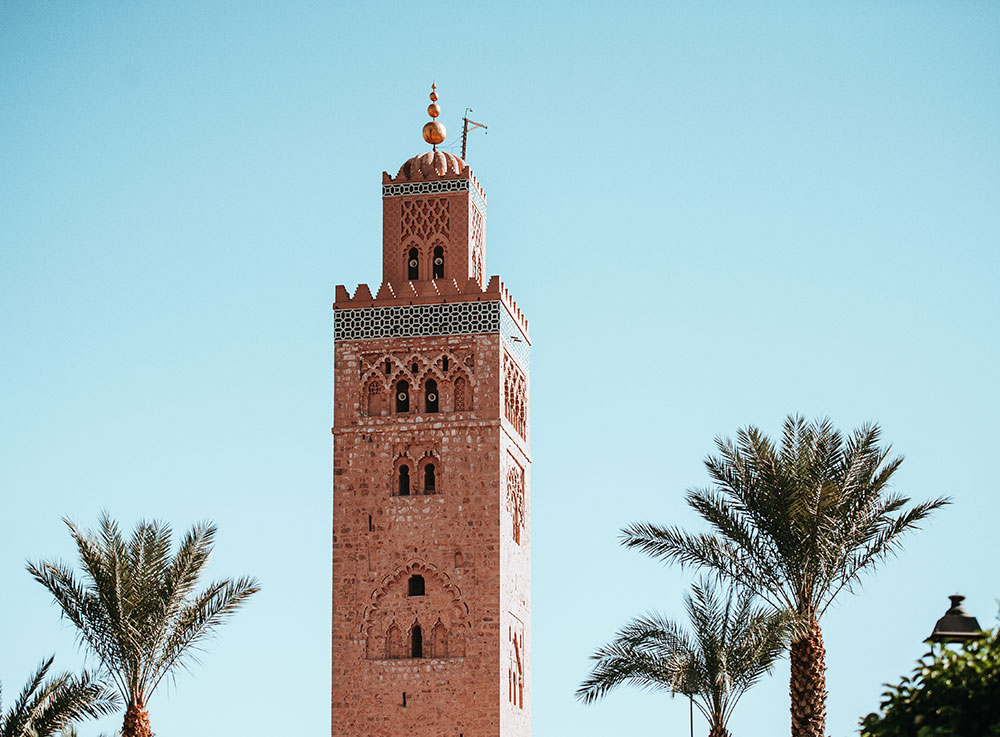 We pick you up from your accommodation or wherever you prefer in Marrakech at 8am and leave for the Dadès Gorges via Ouarzazarte across the High Atlas Mountains, crossing the Tiki n’Tichka Pass, at 2,260 metres one of the highest in North Africa. You can stop frequently to take in the panoramic views and photograph the Berber villages that merge harmoniously with the warm ochres of the landscape. The first stop will be the ksar or fortified village of Aït Ben Haddou, where the Kasbah is UNESCO World Heritage-listed and famous for many films such as The Mummy (1999), Gladiator (2000), Kingdom of Heaven (2005), Babel (2006) and Prince of Persia (2010).

After visiting that Kasbah, there’ll be time for lunch before going to Ouarzazate to visit the Kasbah of Toaurirt – one of the most spectacular in Morocco and the old residence of the powerful and fabulously wealthy Thami El Glaoui (1879-1956), Pasha of Marrakech. You then take the aptly called Road of the Thousand Kasbahs towards the Dadès Gorges via the oasis of Skoura with its swathes of palm groves, and then the Roses Valley, which is named for the fragrant damask roses grown here to make rose water, and famous for its annual Rose Festival.

After the Roses Valley and lower reaches of the Dadès River, you drive up slowly to Boumalne Dadès (alt. 1500m), stopping to see the curious vertical rock formations called the Monkey Fingers or Toes. Then on to your riad in the Dadès Gorges for dinner and the night, or to Kalaat M’Gouna in the heart of the Roses Valley. Early booking is advisable for May each year, due to the annual Rose Festival.

After breakfast, the journey to Erg Chebbi begins at a mountain lookout with one of the most beautiful views of the Dadès Valley and its countless kasbahs. Coming back down to rejoin the upper reaches of the valley you head towards the breathtaking Todra Gorges, where the Todgha and Dadès rivers have carved out steep canyons with sides up to 400 metres high. There will be time to walk through the gorges and enjoy their incredible beauty before continuing to the date-palm groves of Tinejdad and Touroug, and lunch.

The next stop is Erfoud to check out its famous marble and fossils, and then Rissani, the closest town to Erg Chebbi, to visit the souk, which is particularly lively on market days — Tuesdays, Thursdays and Sundays — and the medina where, even on non-market days, you can usually find interesting locally-made souvenirs, and pieces from farther afield in the Sahara.

As the pre-desert landscape of acacias gives way to the desert, you arrive in Merzouga, where an experienced camelier will take you by camel to a camp at the foot of the Erg Chebbi dunes for dinner under the stars and a night in a tent.

This is a full day in the desert. After an early start to witness the spectacular desert sunrise from the top of a high dune close to the camp and then breakfast, you’ll return to Merzouga or Hassilabied.

From here, we’ll drive around Erg Chebbi, the tallest dune in Morocco, sitting at over 250 metres high, and take the road formerly used on the Paris to Dakar race, past Tissardmine oasis to admire fossils, and nomad settlements, before reaching a viewing point to admire Erg Chebbi from a distance.

We’ll then reach Khamlia Village, whose inhabitants are originally from Mali, where you can enjoy a relaxing glass of tea while watching the locals perform their hypnotic Gnawa song and dance. You’ll then be taken to your riad for the evening, where you can enjoy a free afternoon to explore nearby villages, or simply relax and enjoy the stunning Sahara sunset before dinner.

After breakfast we’ll set off to the north, driving through the Tafilalt Oasis, the largest in Morocco, and the Ziz valley, which is kept lush by the river running down from the High Atlas to the valley. You’ll stop for a photo opportunity from an impressive viewpoint, and enjoy sweeping views of the valley and the town of Aoufous.

We’ll continue the drive north, making another stop in Midelt, in the heart of the Atlas Mountains, where you´ll have free time for lunch and to relax. In the afternoon we’ll continue through the Cedar Woods, towards the town of Ifrane, situated on the north-western slope of the Middle Atlas, at 1630 meters above sea level. With its broad, clean avenues, lush green forest and European-style architecture, it’s no wonder that this quaint town and ski resort has been dubbed the “Switzerland of Morocco”.

You’ll arrive in Fez by around 6pm, where you’ll check into your riad (home for the next two nights).

You’ll start the day with breakfast in the riad, before setting off on a walking tour of the famous medina, exploring the many hidden treasures it has to offer. Fez served as the capital of Morocco for more than 350 years and is home to the University of Al-Karaouine, the oldest operating university in the world.

Your guided tour will take you to Moulay Idriss Mausoleum, the Nejjarine Fountains and the famous tanneries, to name a few spots. After lunch you’ll admire the exterior of the Royal Palace, before wandering through the famous Jewish quarter or ‘mellah’, with the opportunity to visit one of the few synagogues still running in Morocco.

The tour will conclude with a visit to an artisanal ceramic factory located outside the medina, followed by a stop at a lookout, boasting panoramic views over the Fez medina, before returning to your riad.

After breakfast at the riad, we’ll say goodbye to Fez, heading south towards our final destination of Marrakech, taking the scenic route through the Middle Atlas, where you’ll pass through Ifrane, Azrou and Beni Mellal.

After lunch, you’ll stop to visit a UNESCO World Heritage cedar forest, before hitting the road again, aiming to arrive in Marrakech in the late afternoon. Dinner will be provided in your riad that night.

*Optional extra and alternative lunch suggestion ~ a side-trip to Boujad, near-ish Béni Mellal and circa 260km from Fez; a picturesque artisan’s town and rarely visited by tourists, for lunch and a look at their wares. It will however add about an hour’s driving onto your trip and an extra couple of hours to have lunch and look around; making for a very long day for you and your driver.  Then again it is likely to be a once-in-a-lifetime opportunity! Let us know what you think.

Your local guide will meet you after breakfast in your riad. The tour will start at the iconic Koutoubia Mosque, descending down into the Saadian Tombs, followed by a visit to the Bahia Palace. You’ll visit the fabulous Majorelle Garden and recently-opened Yves Saint Laurent Museum (for the fashion buffs amongst you).

The evening will be yours to explore all that Marrakech has to offer, to practise your bargaining skills or enjoy the views from a rooftop café overlooking the bustling Place Jemaa el-Fnaa, before enjoying dinner and a final night’s stay at the riad.

*3-star plus (which we think is very nice). For an upgrade to luxury 5-star accommodation there is an additional fee.

We can offer these, and other optional extras to create the perfect Morocco trip for you and your travel companions. Simply send a booking enquiry, call or email us to find out more.

What an amazing company! Unparalled customer service and responsiveness. Cara is knowledgeable and passionate about Morocco. She has put together the most amazing itinerary for us. Unlike our experiences with other operators in the past Cara truly strives to understand your specific needs. Looking forward to our adventure!

ADVICE: After a long-haul flight from Australia, we suggest you recuperate for a couple of days in Marrakech before starting the tour. 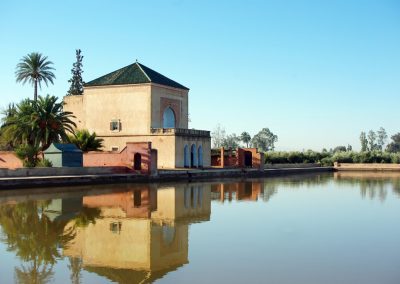 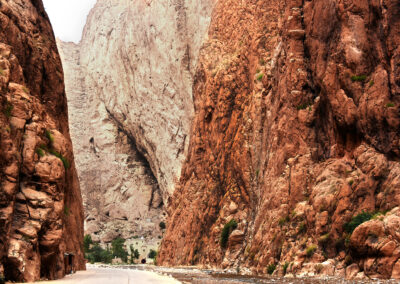 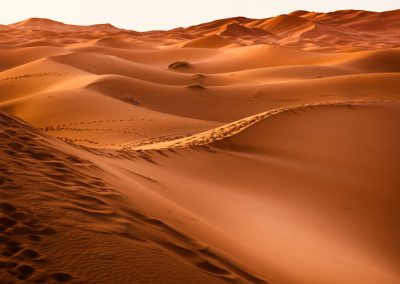 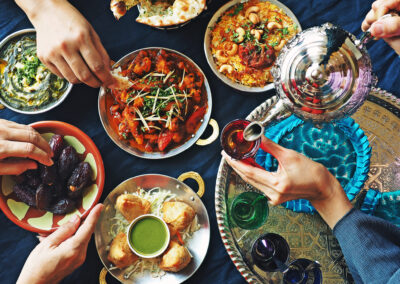 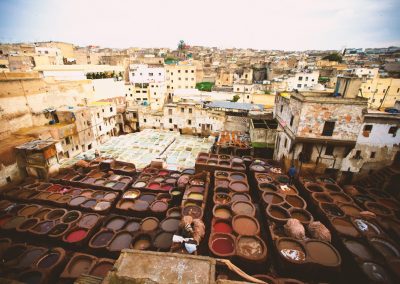 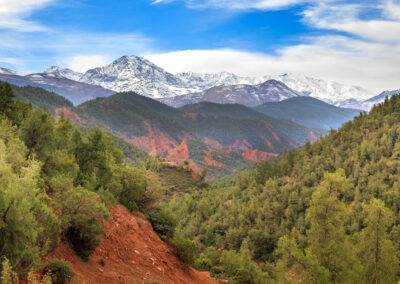 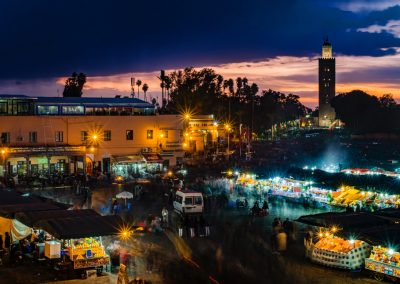