This exciting 4-day tour (which can be extended – see Customise your Tour below) takes you from the Imperial city of Fez and travels southward to Marrakech. On the way you’ll visit the Sahara Desert, Todra and Dadès Gorges and Ouarzazate.

Please note our tour prices rise each year on 1 July so book your tour before then! 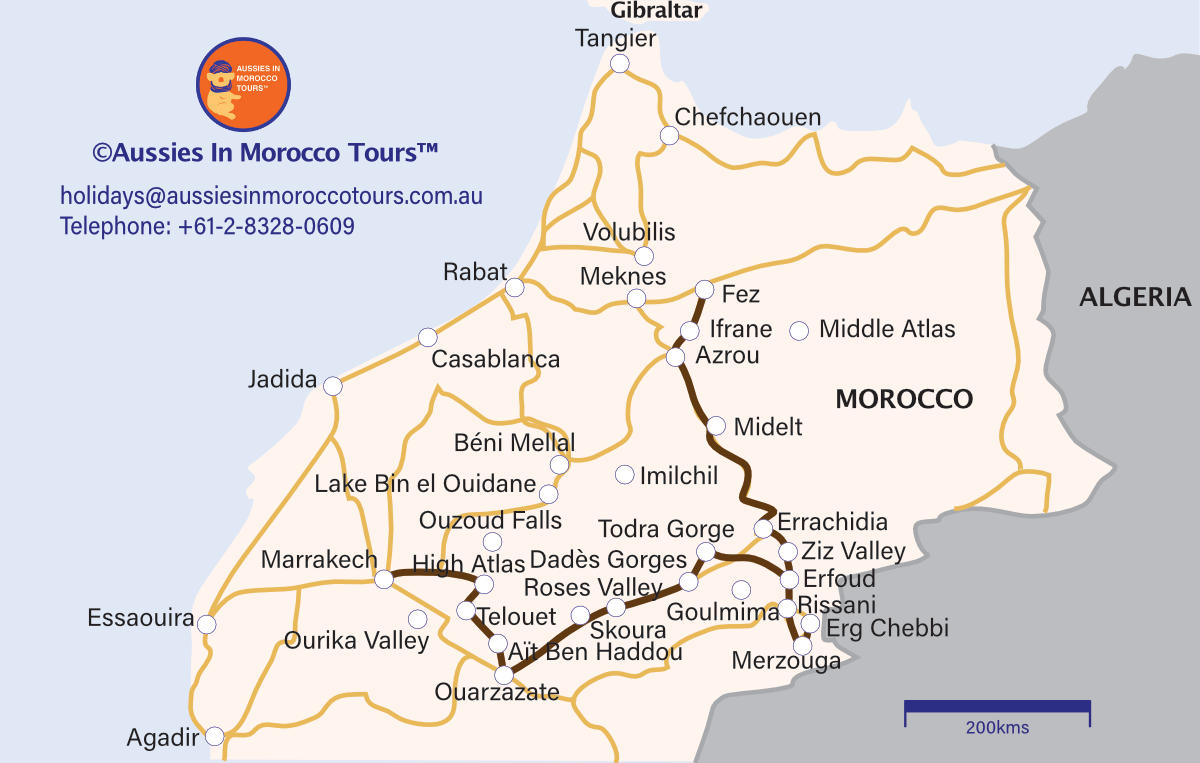 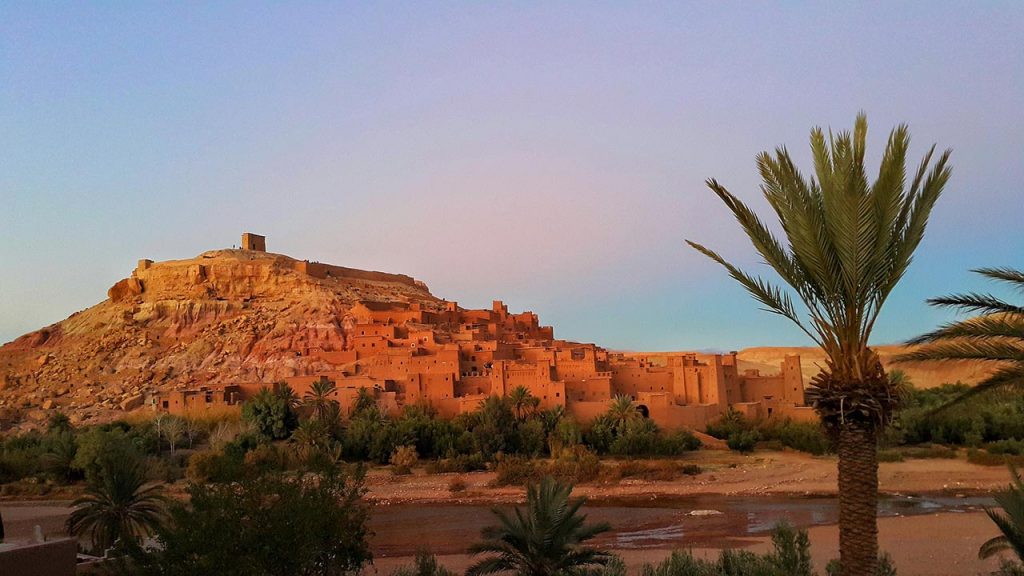 We pick you up from your accommodation or wherever you prefer in Fez at 8am and leave for Merzouga – stopping first at Ifrane, a picturesque mountain garden city often called the Switzerland of Morocco. At 1665m, Ifrane is known for its snowy winters and mild summers, greenery and European-style architecture.

From Ifrane, the route runs south-west through the Cèdre Gourard Forest to the Berber town of Azrou (alt. 1250m). You can glimpse native Barbary macaque apes in the ancient cedars, and perhaps see some up close in Azrou, where there will be a short stop to enjoy the town, see mountain Berbers going about their everyday lives, and (if you would like to), to buy some of their crafts – such as rugs and homemade hats.

On to Midelt (alt. 1508m) in the high plains between the Middle and High Atlas ranges, and then through the spectacular Ziz Gorges. The scenery reveals hints of the desert as you approach the city of Errachidia, where you will lunch before travelling through the luxuriant Ziz River valley towards the oasis town of Erfoud, famous for fossils and marble.

You drive past Erfoud and Rissani, which you will visit on Day 3, to Merzouga, stopping along the way to take in the panoramic views and photograph Berber villages.

When you arrive in Merzouga, you can have an afternoon’s rest before enjoying dinner in your luxury riad near the dunes.

This is a whole day in the desert. After a hearty breakfast in your riad, you leave for the local dunes and villages. First the giant sand dune of Merzouga, 160m high and believed to be the hottest spot in the Saharan Erg Chebbi. You then take a road formerly used for the Paris-Dakar rally, stopping at the Tisserdmine oasis village and its local fossil quarries.

There are nomad settlements along the road to the village of Khamlia, and you can learn about their customs, and stop at a lookout point with wonderful views over Erg Chebbi. In Khamlia you will be ready for a relaxing glass of tea while you listen to a performance of Gnawa music. The Gnawa repertoire of religious spirituals and rhythms from the ancestral traditions and folkloric music of black Africans brought to Morocco centuries ago as slaves is celebrated all over the country.

When you get back to Merzouga, there’ll be time for lunch and a rest before an experienced camelier takes you by camel to a nomad-style camp at the foot of the dunes for dinner under the stars and a night in a tent.

After an early start to witness the spectacular desert sunrise from the top of a high dune close to the camp, you return to Merzouga or Hassilabied to shower and breakfast before leaving the desert for an arid pre-desert landscape of acacia on the way to Rissani to visit the medina and souk, which is particularly lively on market days — Tuesdays, Thursdays and Sundays.

From Rissani to the oasis town of Erfoud to check out the local fossils and marble, and then to the date-palm groves of Touroug and Tinejdad. An hour later, you’ll reach the breathtaking Todra Gorges, where the Todgha and Dadès rivers have carved out steep canyons with sides up to 400 metres high. Before or after lunch here, you’ll be able walk through the gorges and enjoy their incredible beauty.

In the afternoon, you continue towards the Dadès Valley or Valley of One Thousand Kasbahs, where small kasbahs are scattered across the river plain. In the upper reaches on the way to nearby Boumalne Dadès (alt. 1500m), there are curious vertical rock formations called the Monkey Fingers or Toes, and from there you’ll go to your riad in the Dadès Gorges for dinner and the night, or to Kalaat M’Gouna in the heart of the Roses Valley. Early booking is advisable for May each year, due to the annual Rose Festival.

After breakfast, the journey to Marrakech begins at a mountain lookout, for one of the most beautiful views of the Dadès Valley and its countless kasbahs. You then take the aptly-called Road of the Thousand Kasbahs through the Roses Valley, which is named for the fragrant damask roses grown here to make rose water, and famous for its annual Rose Festival, and the large oasis of Skoura with its swathes of palm groves. The road continues to Ouarzazate and the Kasbah of Taourirt, one of the most spectacular in Morocco and the old residence of the powerful and fabulously wealthy Thami El Glaoui (1879-1956), Pasha of Marrakesh.

Then comes the ksar or fortified village of Aït Ben Haddou, where the Kasbah is UNESCO World Heritage-listed and famous for many films made there, including The Mummy (1999), Gladiator (2000), Kingdom of Heaven (2005), Babel (2006) and Prince of Persia (2010).

After visiting the Kasbah, there’ll be time for lunch in town before crossing the High Atlas Mountains to Marrakesh through the majestic Tizi n’Tichka Pass, at 2260 metres one of the highest in North Africa. The views are stunning and Berber villages merge harmoniously with the warm ochres of the landscape. In the afternoon, at the end of our tour, you will be dropped wherever you choose in Marrakech.

* For an upgrade from 3-star plus (which we think is very nice) to luxury 5-star accommodation, there is an additional fee.

We can offer these, and other optional extras to create the perfect Morocco trip for you and your travel companions. Simply send a booking enquiry, call or email us to find out more.

While I have been unable to do the trip that I was planning Tracey and Cara have been unbelievably helpful and understanding of changing circumstances and i am hopeful that once the world returns to normal that I will be able to do the amazing trip that they planned for me.

Thanks ladies and please stay safe during these uncertain times.

ADVICE: After a long-haul flight from Australia, we suggest you recuperate for a couple of days in Fez before starting the tour. 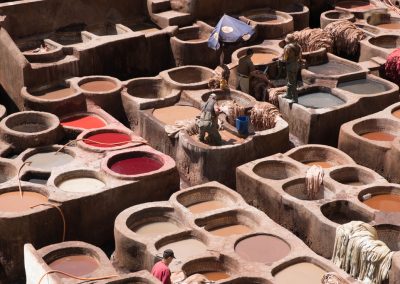 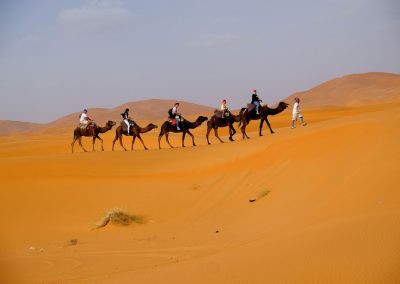 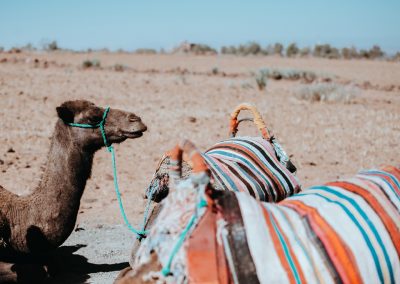 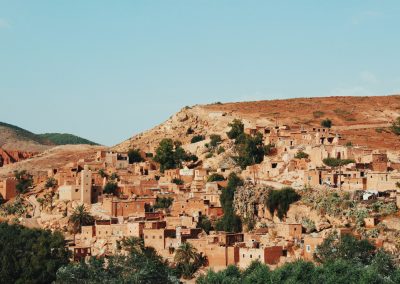 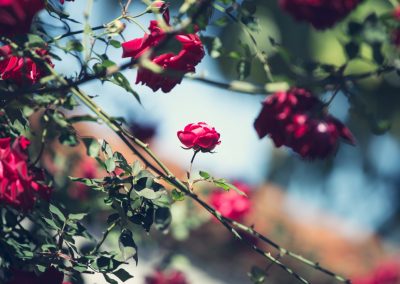